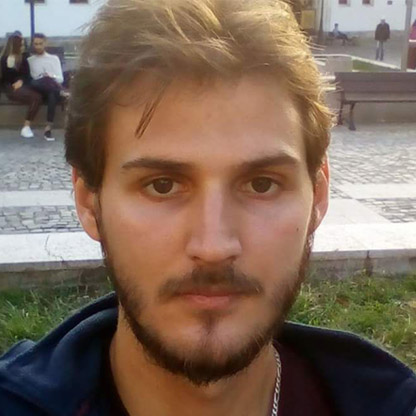 My name is David, I’m an MA student of contemporary history at the Faculty of History of the University of Bucharest.

Previously I lived and studied in the westernmost city in Romania of Timişoara, the city where the Anticommunist Revolution of 1989 started, where I also obtained my BA in history. History has been my life's greatest passion because it teaches us about what the past was like, which in turn helps us understand why the world is the way that it is and from this we can infer what shape the future will have. Growing up in a country like Romania one cannot ignore the impact of a destructive ideology like that of communism, the scars that this ideology has left on this country are still very visible to this day. But aside from the politics and repression of the communist era, Romanians never forgot to live life as well by adapting in whatever way they could, at times ignoring or sometimes even bypassing the repression of the regime. People learned to survive through harsh times, some actually adapted so well that once the system collapsed they ended up missing the old regime. Having grown up immersed in an American dominated culture as a result of globalization, whereupon all the TV Shows, cartoons, and movies that I watched were mostly American, same goes for most of the video games that I've played, I understand how strange and alien sometimes the history of a foreign land that went through the communist experiment can seem. I hope that through my knowledge and expertise that I can bridge that gap and present the Romanian experience of communism as best as possible from an insider's point of view while still managing to explain the political, social and cultural intricacies regarding Romanian life, history and culture.