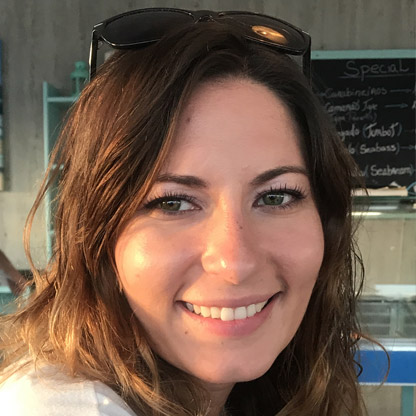 I am Alina, I am 29 years old and I am part of the Private Tour of Communism crew dedicated to sharing insights about the city, country and culture we love.

I graduated from the Police Academy - Faculty of Archive. I have not been trained to be a police officer, but to unlock doors to the past. Since few years ago I am working in the National Archives of Romania which relates me to the over 40 years of Communism in Romania in our quite recent history.
I was born in the city of Pitesti which had one of the most horrifying communist prisons in Romania. I was a baby when the Revolution happened in December 1989, because of this my parents have always taught me to appreciate the life that I have in a real democratic country, like Romania has been since the fall of the communism. I also think that the younger generations in Romania must know their nation’s history and how the communist regime affected Romania’s course in history.
During the Private Tour of Communism we shall learn together about how communism came to be in Romania as a result of the Soviet occupation of Romania in World War 2 and the proclamation of the People’s Republic of Romania on January 1 1948 following the abdication of Romania’s last king, Michael I, how communism transformed Romanian society, and lastly the notorious dictator Nicolae Ceauşescu and how he ruled the country for 24 years (March 1965 – December 1989).