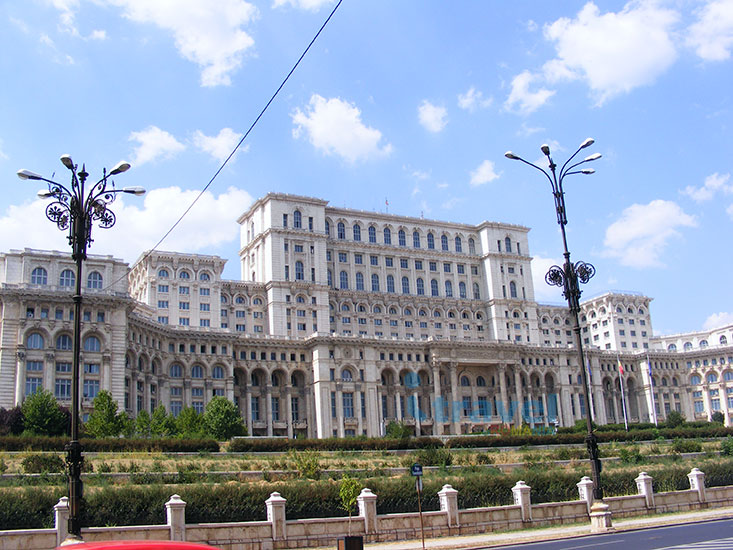 “The Tour of Communism” is a project developed by Mihai – the owner of www.itravelinromania.com together with two tour guides, David and Alina, who are passionate about Romania’s history, especially Romania’s communist past.

To book a Communism tour with us please call us or WhatsApp us or Email us!
Thank you!

Short description of the tour

In this 3-hour walking tour of Bucharest, you shall learn about:

Near the red-brick bell tower of the Patriarchy (within walking distance from Piata Unirii), Aleea Dealul Mitropoliei 19, București 030167, Romania

The aim of the project “The Tour of Communism” is to offer tourists a guided private tour that will take them through all of the major aspects regarding life under communist rule in Romania which lasted officially from 1948 to 1989. Of course, trying to gather in a 3h tour the story of over 40 years of communism is a challenge but the project is ready to offer you the most interesting facts about the Communist era.
The coming to power of the communists in Romania was a long and complicated process that was done with the direct involvement of the Soviet Army and Stalin who supported the Romanian communist party to ultimately take control of the Parliament and government. In so doing, they organized show trials for the most prominent democratic representatives of the political and cultural elite of old Romania in order to send them to prison where under extremely harsh conditions, many if not most of them died. In order to officially proclaim Romania, which up to this point had been a kingdom ruled by the German Hohenzollern dynasty, a people’s republic, the communist elite forced the king of Romania to abdicate and leave the country under the threat of executing innocent civilians. What followed next was the proclamation of the People’s Republic of Romania that was in fact a Soviet puppet state that implemented the communist policies of nationalization of all industries and private enterprises as well as the collectivization of all land in accordance with the wishes of the Soviet Union. Anyone who opposed these measures was seen as an enemy of the state and was treated as such by being deported, or worse, sent to prison where they were subject to an inhumane treatment where they were degraded and beaten for refusing to give up the land that their family had owned for generations, or even for more minor offences, like being related to a supposed enemy of the “proletariat and working class”. People tried to put up a resistance and fend off the communist regime as best they could in the mountainous regions of Romania in the hopes that the Western Powers would one day intervene and save Romania, but to no avail and by the 1960’s all such forms of resistance had perished in light of the realization that outside help would never arrive.
During communist rule, Romania was subject of significant social changes following the Soviet model. Freedom of speech, of association, and of protest were guaranteed in the new constitution only to “those who worked” an intentionally vague formulation because it never defined what work meant, so having a job did not guarantee one’s right to free speech because, in fact, this right was completely abolished. The press was state owned and entirely propagandistic, nothing bad could ever be said about the communist regime or of the Soviet Union which was now to be treated as Romania’s greatest ally of all time, even though it had annexed a part of Romania’s territory, Stalin was to be seen as Romania’s greatest hero, the man who liberated Romania from fascism “Stalin and the Russian people, brought our liberty” was one of the most popular slogans of the time (Stalin şi poporul rus libertate ne-au adus), the county of Sibiu was renamed into Stalin in his honor, and the 23rd of August became Romania’s national day, celebrated as the day that the Soviet Union liberated Romania from its military dictatorship, even though it was the king, Michael I, who orchestrated the overthrow of the dictatorship.
The study of communism in Romania is of great importance for historians, researchers, scholars and even common people. Nowadays, after almost three decades after the fall of Communism, the people who were born and lived at that time seem to have forgotten what really happened during that period. In the context of the economic difficulties of Romania and the disappointment towards the political class some people still cling to the nostalgia of the communist regime which, although it was repressive and people lived in dire conditions, everyone had a job (because they were forced to) and everyone had a home (wherever the state found it suitable, this including a village house hundreds of miles away from where you were born).
Buildings like the impressive House of People – the second largest administrative building in the world, built under the orders of Nicolae Ceauşescu who wanted to prove to the world that Romania could be an economically independent country through his socialist policies, he ended proving the exact opposite because of the poverty that he forced to people of Romania to due to his megalomaniacal plans. The old factories, together with the dark grey colored residential blocs which can still be seen are a sordid reminder of what once was the renown and false pride of the communist industrialization that built homes for hundreds of thousands of people, but at the cost of bankrupting the country.
“The Tour of Communism” project is intended to be a 3h walking tour and offered as a shared one. Even Mihai has gathered his experience on the private tours, the cost of a private tour might keep the interesting information about the communism era away from lots of tourists. Hot or freezing weather, we aim to offer the tour every week on certain days, even for just 1 person showing up which would make it actually a private tour.